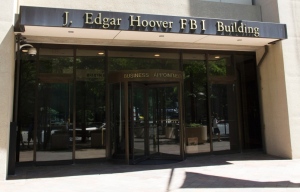 The headlines are endless, in fact I love the one’s in particular that completely mislead the reader into thinking that the FBI really does want access to an everyday, ordinary person’s browsing history and will access browsing history without a warrant. So yes mine was a total stretch of the truth.

The FBI actually asked for a simple change to the current surveillance laws that are already in place which covers internet browsing history and other electronic data.

They are not asking in anyway shape or form for the ability to search just anyone’s browsing data, they are asking for an amendment that would allow for them, under certain circumstances and for specific types of crimes be allowed to search electronic data and browsing history without a warrant.

One of these types of cases would be where they involve suspected terrorists and just remember most of your are the first one’s at the fence demanding to know why our Government didn’t see this coming when the said terrorists go on a killing spree here in America.

Other cases are trafficking of both drugs and people, the point is they want the ability to obtain specific intel so that it can strengthen the case they have against said suspect.

Let’s be honest with each other here, at the end of the day do we really care that a terrorists privacy might have been invaded? A drug or sex traffickers? Collectors and senders of child porn…the point is, they are seeking such information on higher profile criminals not everyday, run of the mill American Citizens or the teenagers down the street smoking pot.

Here is the gist of the what the FBI would be able to do should they obtain the amendment they are seeking;

Tech firms and privacy advocates are up in arms and feel that should the FBI get it’s way, it will end up taking from civil-liberties protections.

So what does the amendment do and not do?

It would allow for the FBI to see an individual’s internet protocol address and how much time that person spends on a given internet site. But it would not include content, such as the text of an e-mail or Google search queries. As far as visits to websites go, the FBI would only be able to see a person went to a specific site, not what pages he or she visited on that site.

So while it seems like this big huge ordeal that is designed to spy on all of us, in reality its rudimentary, crude and doesn’t give them the ability to do things like read someone’s emails, see what purchases you made from Amazon and things like that.

Sadly, when you walk down the street and ask any average person what they think of this proposal, they automatically think of the NSA. They have been confused by media reports about what it is exactly the FBI is asking for and all I ever hear is that we have a right to privacy.

I love asking this one question about having  a reasonable right to privacy.

We have a reasonable right to privacy. That’s right, I said reasonable right. The fact is, let’s say that I was part of some terrorist organization and the FBI suspected it but they didn’t have quite enough evidence to do anything about it.  Yet based off of my recent activities, a comment made in the store or purchases I was making, how I behaved in public etc, they truly believed that I posed an imminent threat to the public.

At what point, does my right to a reasonable amount of privacy start and stop? Would everyone rather a terrorist go on a shooting spree or be stopped before that?

Whenever I ask this question it throws people. They have to think instead of regurgitate phrases like “Screw Big Brother,’ the government has no right to spy on people unless they break the law,’ ‘in America, we have a right to privacy.”

The law should reflect the clear difference between a reasonable right to privacy and a full on right to privacy. What that means is that in some special types of cases law enforcement should have the ability to obtain things like browser history and other electronic data without a warrant.

Like it or not, the world we live in is one where we demand that our law enforcement and government prevent dangerous crime, yet we we also in the very same breath prevent them from accomplishing that.

To make this successful however, the FBI should better align themselves with leading tech firms and having an oversight group of non-law enforcement individuals to ease minds and make sure the FBI is not overreaching the boundary of the law is needed.

The oversight needs to have both individuals from leading tech firms and privacy advocates as part of it. It would be the only way to get everyone on board.

Here is the deal, invite the right players to the right party where they have a more powerful say in the process and how it’s conducted and you are more likely to get them on your side than if you sit and argue with them about what you are trying to do and why.

Give those players a position to oversee that surveillance and to ensure it is following the law to the letter and they are not going to be in much of a position to argue the idea with you any more.

Sooner or later, whether we face it now or wait, the Government’s inability to gain the right intel on suspected criminals that pose the most danger to our society will eventually bite us in the ass.

It’s best to face this head on and tell the Government that if they want this, we want an oversight committee with the right players, not those the Government cherry picks for the job.

We want that committee made up of individuals the citizens of this country will trust. It’s the only way, it’s called compromise. Something not many are truly good at, the Government, well they are least likely to ever compromise on anything. Always so demanding, never willing to play the game without cheating right?

IOS users can find The Crime Shop on Apple News.