United States of America – suffering an irrational and unfounded fear of Russian Hacking? 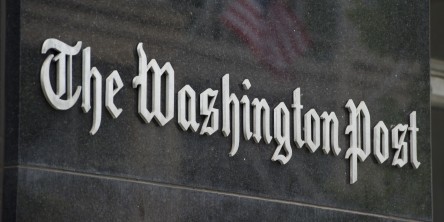 In case you haven’t heard, news broke yesterday that the WaPo was responsible for publishing a fake news story with regards to Russian Hacking…the hacking of a US Power Grid.

For those of you that know me personally, I do actually like out of all of the mainstream media groups, the WaPo so as you can imagine I was shocked to hear they in fact published a fake news article.

The article in question read in part; “Russian operation hacked a Vermont utility which posed a risk to US electrical grid security.”

The article was published a couple of days ago and has since been slightly corrected but the original headline remains the same.

Part of the correction reads; “An earlier version of this story incorrectly said that Russian hackers had penetrated the US electric grid. Authorities say there is no indication of that so far…”

I have heard a few rumors that another pretty big news outlet might be responsible for bad intel finding it’s way to the WaPo over this one but that has not been confirmed in any way, shape or form.

That is a story that I saw heading across Twitter last night.

The NSA was fairly quick to respond to the claim and shut it down but so did Burlington Electric who said; “the laptop that was penetrated wasn’t even attached to the power network, we detected suspicious internet traffic in a single Burlington Electric Department computer not  connected to our organization’s grid systems.”

What’s more is that it would seem that no one had any evidence of a Russian hack of the laptop. 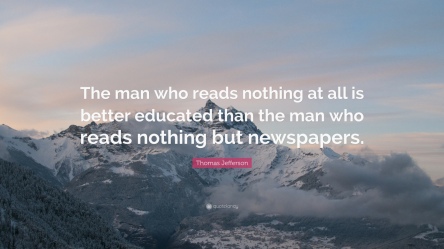 A few weeks ago the Daily Camera a local paper from Boulder, Colorado did an article titled “The CIA and mainstream media: masters of deceit.

The article starts with; “CIA leadership often plays fast and loose with the truth, simply providing information that supports the positions of their political masters. In these cases, much of the U.S. mainstream media obediently serve as stenographers and spread CIA versions of events, thus abrogating their responsibilities and the tenets of good journalism. Freedom of the press is vitally important and it is a violation of journalistic standards that some key media all too often fall into line instead of actually doing research and investigative reporting into the government’s claims.”

The article was well thought out and well written, but why I mention it however, is because quite simply, it happens to be true.

With the latest fake news story being published by the WaPo, it quite frankly doesn’t matter where they obtained the intel for the article, what matters is that they rarely check the source, check the story and just run with it these days.

Because no one is truly fact checking anymore, it makes mainstream media the biggest propagandists/fake news sources right here in America.

They no longer care about unbiased, factual reporting, if they ever did.

It really leaves readers and viewers to question, is mainstream media running rouge or in the back pocket of the United States Government in an effort to spread the US Governments propaganda?

“So much for Objective Journalism. Don’t bother to look for it here–not under any byline of mine; or anyone else I can think of. With the possible exception of things like box scores, race results, and stock market tabulations, there is no such thing as Objective Journalism. The phrase itself is a pompous contradiction in terms.”  Hunter S. Thompson

Are we as a pubic going to continue to be treated as oblivious?