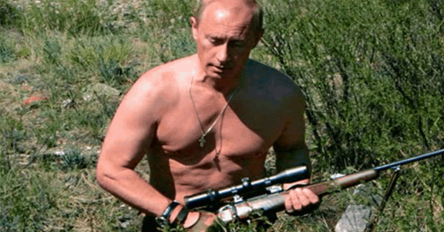 Since 2000 dozens of Russian journalists have somehow met an untimely demise.

The latest being, Maxim Borodin who suddenly fell or threw himself from his 5th floor balcony in Yekaterinburg, Russia.

Maxim had done some rather colorful stories about crime and political corruption, including a piece about Yevgeny Prigozhin, an oligarch who has been indicted by the United States for running the “troll factory” that helped Russia try to influence the 2016 U.S. presidential election.

One thing Russia does not like, is negative press and so it makes sense that reporters in Russia who cover it, end up oh, dead at one point or another.

In March 2007, Ivan Safronov, who was investigating the sale of Russian arms to Iran and Syria, died after falling from a fifth-floor window.

Oddly, in February 2012, Victor Aphanasenko, editor of a newspaper that had been investigating paramilitary raids in southern Russia, died after slipping in his home.

November 2009, independent broadcaster Olga Kotovskaya fell to her death from a 14th-floor window.

Olga had been battling for control of her station with a member of the government.

Her death was also ruled a suicide.

In March 2017, Nikolai Gorokhov, the lawyer for Sergei Magnitsky, who was the source of reporting on Russia’s largest tax fraud, fell from a fourth-story window while trying to move a bathtub.

Who can forget Mikhail Lesin, who was Vladimir Putin’s state media czar but who had somehow fallen out of favor with Vladimir, and was found dead in November of 2015 after a fall in his hotel room in Washington, D.C. The FBI says he fell from extreme drinking and had “blunt force trauma to the head” and injuries to his neck, arms, legs and torso.

While and Independent autopsy ruled otherwise.

On the list of murdered or suicidal Russian reporters sits 30 individuals who stood up for the greater good.

For all of you journalists in Russia, if you need to get a story out and are afraid of death, hit me up, I can and will get your story out.