20-year-old college student Kevin Showalter’s mother had a strange unnerving feeling on Christmas Eve, 1973, the sort of feeling only a mother would know, she felt her son’s life slip away. Mom’s will understand this but we literally feel the soul of our children and can usually tell when things are amiss. 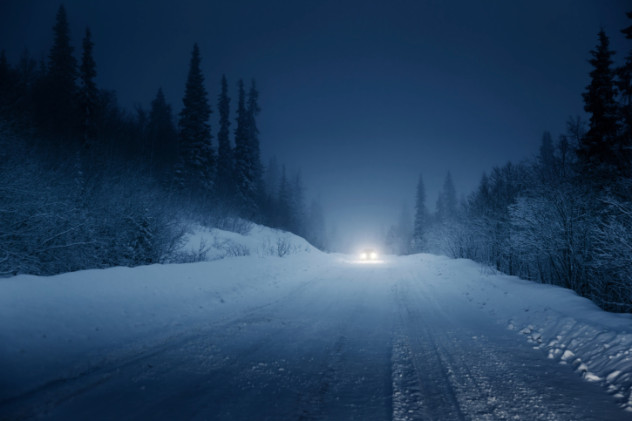 Kevin and his girlfriend were driving through New London, Connecticut when their vehicle got a flat tire. Kevin pulled over and was in the midst of changing the tire when he was struck by a passing vehicle and was subsequently killed. Several houses along the road noticed the commotion and called 911 for help. No one got a description of the car as the street was dimly lit and the car tore down the street at a high rate of speed.

When Kevin’s mother went to retrieve her son’s personal effects from the scene but was told they had been lost and that his death would probably never be solved.

Turns out, Kevin’s mother ended up being a much better investigator than the local authorities were you see, her investigation would uncover allegations of shoddy police work and a potential cover-up. Kevin’s mother became convinced that police weren’t taking the investigation seriously, and so she was tenacious in her own investigation, searching local garages and used car lots for a vehicle which matched the dark green paint particles found on Kevin’s clothing.

When Kevin’s mother collected her findings and handed them to police, they were unimpressed, and actually accused Mrs Showalter of withholding evidence.

A former mayor of New London, Harvey Mallove had been considered a potential suspect simply because he drove through the area often and in particular during the time of Kevin’s untimely death. Harvey Mallove told Kevin’s mother that he had driven past the scene of the accident at 11:12pm, which was less than a minute after the vehicle struck Kevin. He reported a green car parked by the side of the road, and a middle-age man, who was talking to a young woman, presumably Kevin’s girlfriend Debra.

Aside from Kevin’s personal effects, other key pieces of evidence from the accident scene had been lost: plastic from a signal light, and a large slice of green paint from the vehicle. According to Kevin’s mother the green paint on Kevin’s clothing had been planted after the fact, and weren’t from the impact of the car.

More worrisome, as it turns out the former Mayor’s story was in fact a complete fabrication. Kevin’s girlfriend never spoke to a middle aged man and she saw no green car.

In 1979, a man named Paul Hansen came forward to confess that he was the hit-and-run suspect but the statute of limitations had expired and a grand jury determined that Hansen might have been lying as they found no supporting evidence that he could have been guilty of the crime.

Sadly the case remained cold until 2005 when Hansen committed suicide. He left behind a note once again claiming responsibility for Kevin’s death.

Police then decided to reopen the case, but when the local media requested transcripts from the earlier investigations, they were denied for some odd reason. The entire 3,000-page transcript from the original grand jury investigation on Mallove had also just mysteriously gone missing. To this day, Kevin Showalter’s death is still officially unsolved.

One response to “A Christmas Murder ”